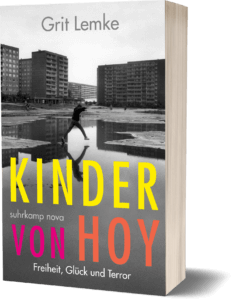 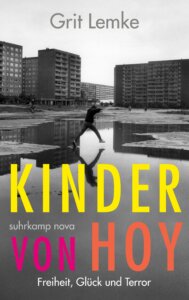 the new book by Grit Lemke:

After a pogrom against foreigners in 1991 the small miners town Hoyerswerda in former GDR became a synonym for xenophobia in Germany. The Grimme Prize-nominated author Grit Lemke has kept in touch with the people from her hometown and intertwines virtuously the voices of her complex generation, thrown off course by the fall of the Wall and the riots, to create a gripping oral history. More

Author Grit Lemke, who already took a deep look into the life of her hometown of Hoyerswerda with her Grimme Prize-nominated film Gundermann Revier, is now working on the biography of her complex generation. In a documentary novel, she virtuously interweaves the voices of the children of Hoy into a stirring oral history.

Will be released by Suhrkamp Verlag in September 2021. 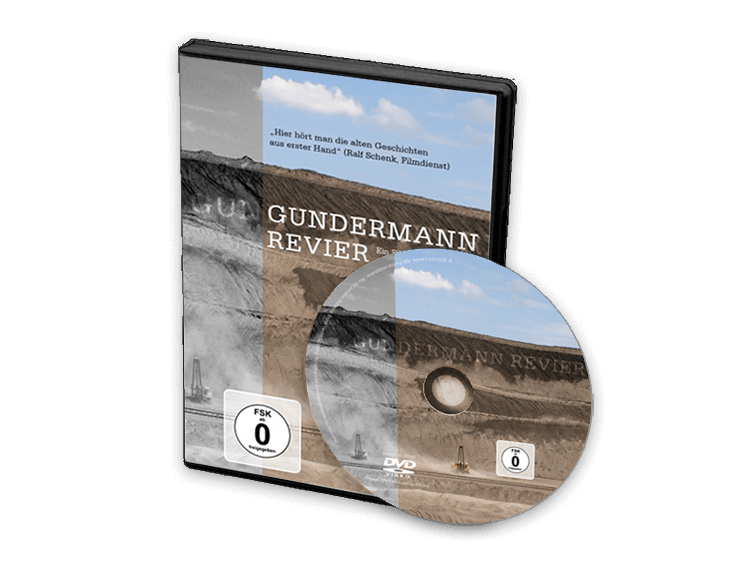 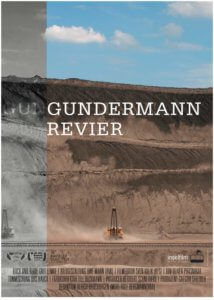 What makes the East tick? The Lusatian coalfield and the former „socialist residential town“ of Hoyerswerda form the background for the biography of Gerhard Gundermann, rock poet, excavator driver and „voice of the East. Like in a burning mirror, global questions are bundled in the region and in his work: homeland and industry, the end of work, utopia and individual responsibility. A teacher, his first companions from the Brigade Feuerstein, his sound engineer and close collaborator have their say, as do the Silly musicians Uwe Hassbecker and Ritchie Barton, Andy Wieczorek from the band „Seilschaft“ and Conny Gundermann.

The Bürgerchor Hoyerswerda sings Gundermann and brings him into the present of the Revier, which has to reinvent itself. Poetic reflections of a first-person narrator who grew up with Gundermann in Hoyerswerda and metaphorical images of a transformed landscape and city lead through the film. They enter into a dialogue with Gundermann in largely unknown archive footage, lyrics and music. A film about one of those „who can’t save the world but want to / with far too short knives in far too long nights“. And about a territory: Lusatia and Hoyerswerda, the East, but also Germany or our global living space – a place of utopia.